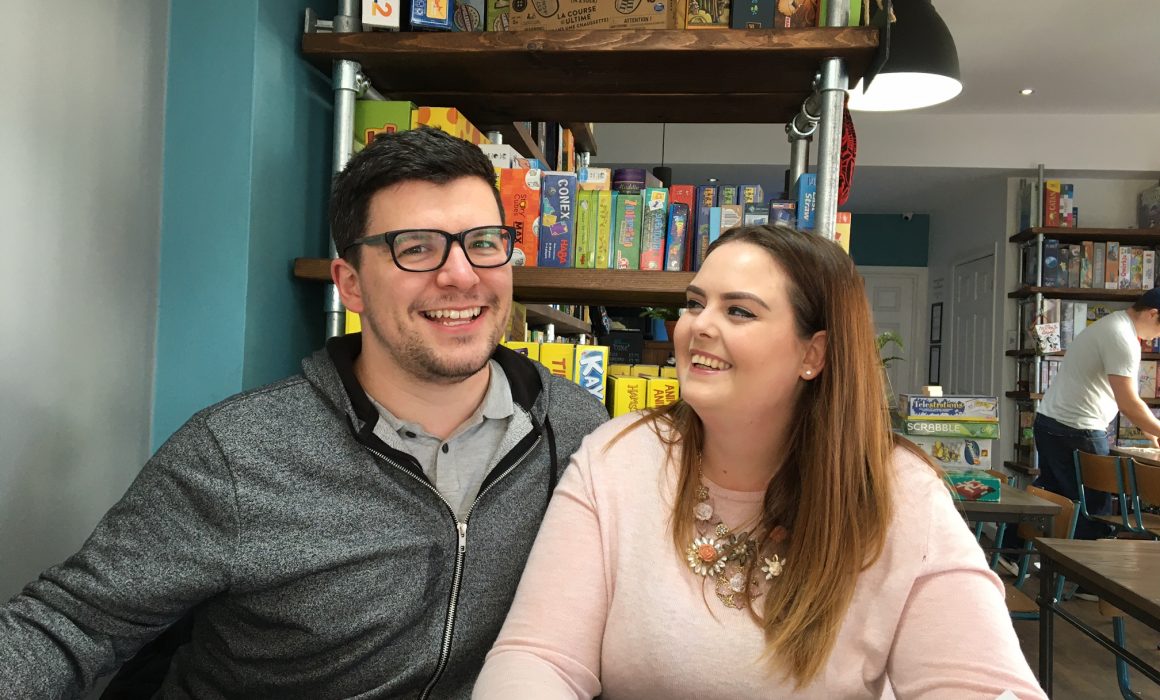 I don’t know who reads these blogs.

For one, its open to the entire internet.

Second, I don’t promote it and third, I hardly ever blog.

But you know what? It’s something I like to do. I like to write. It gets my brain going, remembering, journaling. Did you know I’ve released There’s No Place Like Summer Camp? 😉

The risk of writing though, is that anyone could read this. Someone important, someone famous, or heaven forbid one of my friends.

The other day, I was walking through Manchester Piccadilly and found myself welling up. I was on my way to the office, like any other Tuesday. Nothing out of the ordinary had happened to me. No heartbreak, pain, stress, or death. So, what was it? Why was I tearing up?

To answer that, I need to elaborate and show you a little behind the curtain.

From my late teens to mid-twenties, there are photos of me where few know my story. Friends that look at pictures of me from this time, laughing at the situations they found myself in. When I look back at the same photos, my heart skips beats, and my palms sweat – I know how depressed and lost I was. Sure, the photos are funny at face value, but scratch the surface and I had problems.

I’m 29 as I write this, and I must say that only when I was 28 onwards, did I come to recognise the twenties for what they were. The twenties are a period of finding yourself. They were a time of finding what you want to do after the shackles of education are behind you, where do you want to go with your life and who do you want to spend it with?

The funny thing is the first half of my twenties weren’t much like that. I was scrambling for those answers.

It wasn’t until I took the plunge to shift myself up to the North West that I started to find my groove. Fast forward 5 years later, and I’m still here, baby.

It was only after sticking out a stay in Manchester after my close friend had returned to Hertfordshire that she remarked “I worry that you’ve only stayed up here because of me”. Natasha was after fretting that I was missing out on significant time with the family, of whom I’d left down south.

It dawned on me; she was right. Natasha had been a stable rock, of whom I craved for in the years of my early to mid-twenties. I had met Natasha during a stint of dates as I found my feet up north. I wasn’t seeking a girlfriend, but it just so worked out that we kept coming back to each other. She was worried that she was keeping me from going back to Hertfordshire. But subconsciously to me, she was always where I wanted to be.

When my friends would come to visit, I was surprised that I had this important person in my life, that they knew little about. For she would make my weekends and we would never get bored of each other’s company. We made each other happy.

So what is the point of this blog?

I’ve long been around the age where social networks are chocca-bloc of weddings, house purchases and babies. Well, as Lizzo puts it, “It’s about damn time!”

I am so excited. Here’s my reaction to when I was broke the news on the 1st of June!

When I heard the news, I was stunned. In that video above in the restaurant, my life wasn’t about me anymore. It was about this third yet to be born person and the person that I had fallen for all these years. I was now protector of our family and protector of our little secret.

Since we’ve learned the due date is approx. 22nd January and we’ve both decided to not know the gender till its born. It’s the greatest surprise anyone can have in their lives, so we aren’t doing a gender reveal just for some social media clout.

You will rarely see me post to social networks anymore. I even resist the temptation of scrolling Facebook and Instagram like the zombie plague it turns us to. The ego I had from my twenties has dwindled. I’ve learned to be grateful, without showing my life off to make other people compare their lives to mine. And that brings us full circle to the start of this blog post.

Why was I crying in Manchester Piccadilly?

I was overcome with emotion while on my commute to work because I recognised that I was happy. Its hard to even write about it now because it was such a normal yet overwhelming moment. And that was what I had craved for in all the years I had depression, normality.

I crying because I was happy that I had Natasha that I could be myself with, whom was fantastic for my wellbeing and is my best friend. I was happy that I was on my way a job that I enjoy, grow within, and find real purpose from. I was happy with the work-life balance I had and that for that morning, the depressive thought of jumping in front of the tracks didn’t cross my mind.

Depression isn’t something that I wish to battle again. I talk about it in the past tense because of the arms-distance relationship I like to keep with it now I have it under-reins. But to have that morning where I could consciously recognise that I was happy, was all I wanted for years.