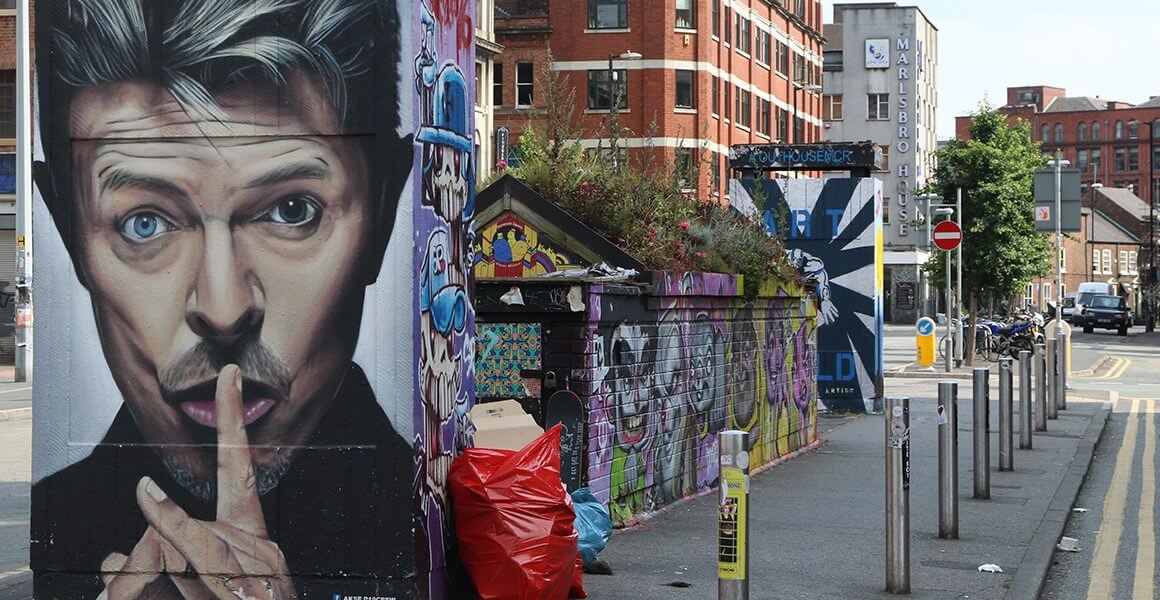 Since the move north to Manchester, I’ve been independent. Living by myself in the ‘grim north’. It’s coming up to two years living away from the parents and I’ve found a few quirky things that happen to you when you move out. So, this is a lighthearted list of things I’ve learned since moving out of the parent’s pad.

I have to make a point of saying that I moved into houseshares. None of the people I’ve ever moved in with have been people I knew beforehand.

Me, Myself and I

One of the things that I learned happened a good six months after I had settled in. It was that rearranging a room can make the world of difference. Moving for the first time was daunting and exciting. I never moved away for university so this was the first break from Potters Bar, my hometown. When I first moved, I made minor tweaks here and there in the room so my TV could fit, but apart from that, the room was left as is. It was only till I met my girlfriend that I realised I could shift the room about. Having someone else’s set of eyes helped to realise the potential for the room and soon enough, we got shifting. It made the world of difference and sure, I’ve done this to my room back at the parents… but being in someone else’s house… I guess it just took that bit of time till it felt like it was my own.

Next up. I learned that it’s down to you to sort yourself out. You’ve only got your own company when moving to a new city. The independence factor means it’s your choice how you live your life. The clubs you sign up for, what you do with your spare time and how many spare toilet rolls you have to hand.

That leads me on to sharing things. In the first house I stayed in, no one would go out of their way to replace the washing up liquid, dishwater tablets or the like. Its a dog eat dog world out there and I sure as hell ain’t buying those everytime.

Before I left my parents, I thought most people were normal. By normal, I mean you see them out and about in town, can have a drink together and socialize, if only briefly. However, when you move into a house full of strangers, you find this is not the case. Particularly in the first house, I could swear I was living with at least two convicts and one psychopath.

The reasoning for this judgment stems from the constant passive aggressive notes on a whiteboard. When the landlords first got this new house, they thought it would be a fantastic idea to have a communal whiteboard so we could have a central place of communicating out to everyone. How wrong they were.

Coming home to a house, not home(!) full of strangers who wouldn’t speak to each other is bizarre. I never thought such an environment would exist where you share a house with twelve other people and not become friends. But for the majority of them, it remains like that to this day. When I moved in, I was in the dark on how crappy the living situation was there. You walk by people you’re sharing a house with and don’t utter a word to each other. Beyond passive aggressive messages on a board, that was your only communication with some people. Moving out opened my eyes into the world of sharing houses with strangers. There are plenty of personalities I hadn’t met before and a lot of people who lived very sheltered and weird lives. That house was toxic so praise the lord that I made the move to a better home.

The first time a housemate moved out, I was a bit stunned. I thought it was this huge news while other housemates didn’t really bat an eyelid. Over time though, I’ve become used to it too. Sure, it is big news when someone moves out, but I’m not as taken aback as I once was. Living with parents is a definite reason for that quirk of mine. No one left my parents for a good twenty years. Out in the real world? It happens all the time.

Living alone meant I learned a load of new things about food and how I was brought up. Now every single purchase was coming out of my own back pocket, I needed to be less disposable. Coming from a family that seemed to believe that only frozen food goes in the freezer, it took time for me to adjust to freezing refrigerated things.

Take bread for instance. I never froze bread before! I didn’t even know you could freeze that. But heck, up in Manchester I wasn’t letting this go to waste. Not before long, my freezer was crammed full of foods that would otherwise be chucked.

All the small changes meant that I was shopping much cheaper. And no longer did I look down upon Aldi and Lidl with disgust like I would down south. Shopping at these giants meant I was spending £30 a week on food when it would otherwise be £50.

I’m a big fan of food (as you can perhaps tell by now!) and now in the spurt of becoming ‘a man’, I’d save food from dinner for leftovers as lunch for the next day. That’s not normal in my small corner of the world. If its leftovers, it’s going in the bin. Damn my upbringing was weird.

Every landlord thinks they are above average

I’ve been in a fortunate enough position where the two landlords I have had have been marvellous. Touchwood, I hope this to remain the case till I won’t need one. When I came to view houses, I found that all landlords think they are above average. Whether it is the price, the extras on top or quality of the room, most of them rate themselves highly.

And that’s not a bad thing! In fact, it’s a thing we are all guilty of. I’d rate my football skills “above average”, my tennis “above average” and my Call of Duty skill “above average”. I can’t even remember my last tennis match. This is starting to become a ramble and it’s perhaps a topic for a future blog post. But, most people think they are above average. We as people don’t like to be tarred with simply ‘average’. I’d need to do some more digging on the topic, but it’s a thing trust me!

Most landlords think they are above average and I’ve been thankful I haven’t had any bad experiences. But, being in the market for a house and moving to Manchester has meant I’ve learned of the scummy landlords. Allow me to provide this one small piece of insight…

So a friend moved into a house without seeing it first. Rookie mistake I know, but still. So he moves in with all his stuff and thankfully the room he has is fine. Situated in a renovated factory turned block of flats, it’s quirky. He wanders around to greet his new housemates (who aren’t mental by the

way) and turns out one of them lives in a room without a window! It’s practically a cupboard! His tenancy was all done through an agency and my friend never did see the landlord which is odd. But it goes to show that there are some dodgy landlords out there, trying to squeeze as many housemates as possible in.

Wow, a swear word in the title. But it’s justified.

Moving out of the parents’ place, you kind of leave a team behind. Sure, I knew that I’d have to do my own washing from now on… But I never thought of it as leaving a team behind. Someone would pick up who’s cooking that night… Someone would iron my clothes… Someone would check that my car has its MOT. Living by yourself, you have a lot more stresses on your plate. It’s strange to see that in the 21st century, where we have all this cushy life away from Mother Nature, we have all these stresses. It is no wonder that mental health is on the agenda.

I’ve grown up while moved away. I hate to say it, but I’m becoming old. Twenty five doesn’t have the same ring to it as twenty one once did. But, what can I do about time? I’m no Doctor Who. And no… I don’t like Doctor Who btw.

Since making the move, I haven’t looked back. Living independently has forced me to become rounded (both figuratively and literally!). I’ve learned the best washing machine settings for a quick wash. I get excited when buying a new sieve for the house. And I love meeting new housemates.

Living 200 miles away from my family does have its drawbacks. Heck, can a man be homesick from time to time? But for now, Manchester is ticking all the boxes for me. I’ve settled.

I’ll see you in the next one. My gut says it won’t be a long wait.