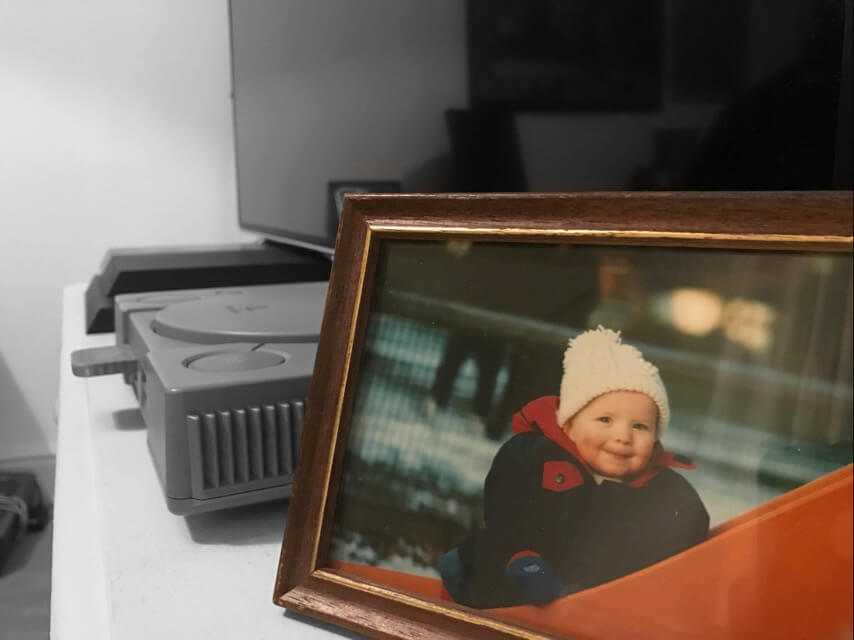 Welcome to My Personal History with Video Games

One of my few passions in life is video games and I’d love to tell you my story of how I got in to them. There’s ‘a moral to the story’ at the end, as well as a roasting of one company…
My gaming journey all began at my grandad’s place (of all people!). I must have been about 6 years old at the time and on one cold wintery night, we were moving furniture in to his garage. I finished moving the heavy boxes and happened to bump in to a dusty old box.
It was like any other electronics box I had seen before. Nothing particularly special about it and yet my uncle had thrust it in to my hands. But why? It was from an ex of his who had returned back to her country and had forgot about this one. Surely it couldn’t be that important. For years, this box was lying in the garage and I was about to understand what this so-called GAME-BOY was.

Always Think of the Bigger Picture

My eyes opened up to a new type of fun that could be had in the world. In the palm of my hands was a grey box with entertainment like I never had seen before. And so, the first video-game I played was Tetris. The mathematical logic to the puzzler had me hooked from the start. I vividly recall thinking to myself: ‘How, at 6 years old am I only now being made aware of this revolutionary toy!?’ I made sure to take the clunky console back home along with as many AA batteries my pockets could fit. My passion for video games ignited that night.
Skip forward to the summer. I was in year 1 and school was coming to an end. Whenever I was out and about, the Game Boy was in my pocket. My mum had seen how glued I was to this Game Boy and told me about the release of the new console coming out, the Game Boy color. Nintendo was tying this in with the release of Pokemon games on the handheld too… My six year old mind-blown. With school coming to an end, the summer holidays approached. I dipped in to my life savings for the first time and my mum bought a Gameboy color and Pokemon Blue bundle with it. Now, that’s some way to celebrate!

Saving for the Bigger Picture

From the ages of about 6 to 12, you’d find me on some variant of Game Boy console. I always saved up my pocket money for the next Game Boy Color or Advance cartridge that caught my eye at car-boots. Each week, till the age of 17(!) I earned £3 pocket money. Which meant I would learn an important life lesson: to always be saving for the bigger picture. I also learned to have an open mind on what exactly that next big thing may be (this life lesson was learned on what video-games to buy mind you!). I ended up with a lot of random old games!

As I was leaving primary school, I also had adopted a PlayStation One. This, above anything else got me hooked in to everything gaming. It was at this age I was buying magazines and using our dial up connection for cheat codes on gaming websites. The sheer amount of games I would buy from the ages of 12 to 16 years old was quite astronomical.
That console too has a big place in my nostalgia filled heart. Once again, a grey box had come in to my life and a whole new world opened up. For years, the PlayStation 1 captured my imagination while the PlayStation 2 + 3 was nowhere to be seen. The games I bought would always be from second hand shops and I’d hop between different ones. Looking back, that is the strange reason I never completed Crash Bandicoot…

I made the move to the Xbox 360 when I was the ripe old age of 17. It was a big change and a fantastic shared Christmas present with my brother. A couple of years would go by until we could convince our parents to use their credit card so we could go online. Those were the times.
Online gaming was a completely different world. Playing with friends after an exhaustive day of school and chatting about the antics of our play was insane. By this point, I was maturing as a player. No longer was I looking in second hand shops for games. Instead, it was the Argos buy two for £30 type deals. That limited the number of games I could buy so sought advice from mates for which were the best. Call of Duty topped that list.

Maturing as a Gamer

I’d seen friends play it before and I remember how confusing it was to an outsider like me. “Wait a sec, you have team-mates!? What happens if you kill them?” or “How did he kill me; I was behind this box!”. The fact bullets could go through materials was mind-blowing. I’d always thought it gets absorbed in to the box and nothing out the other side. At least, that’s what games like Quake, Doom and Timesplitters had taught me. For me, a new age of gaming had dawned. It would be days upon days invested in to Call of Duty until I had gone into employment and now the ‘next-gen’ was coming.
Gaming had shaped my life in a tremendous way. I would never have thought as a six year old, that one night at grandads would have such a profound affect on my life. My mathematical mind craved more and more games and I had always looked up to those that created them.
YouTube (which is in itself it’s own story) played a big part too. When I found Machinima, I would download all the gameplay videos I could from my aged laptop. That would soon then grow in to a love for certain players and games. I would endlesslywatch (and still do!) YouTubers playing games.

Now matured as a player, I was quick to figure out how much I had missed because I was so invested in my PlayStation One. Skipping the majority of PS2 and the PS3 generations, a grey box had again swooned me. I made sure to schedule in the dates of the PlayStation 4 and Xbox One announcement conferences. Thankfully, I wasn’t working those two evenings.
Straight after the announcements, the PlayStation 4 was pre-ordered. After all these years, my mantra of saving money for the things you want most had paid off.
Bear in mind, when the PlayStation 4 released, I was 21! I was mid-way through university but nothing could hold me back. I had been tracking the order for months and when I finally got that knock at the door, I was scrambling all over the stairs and cats that lay upon them. My family could only sit back and laugh.
And so, the next generation was in my hands. My own console.

It Finally Paid Off

There is a magic that I find in gaming and my journey through life is being influenced by it. I went through university to study computer science because that’s my passion. Projects like Aliencraft and That’s Your Best Bet started to further my skills. I enjoy taking risks.
My fascination for computers and gaming were a match made in heaven. It allowed me to stumble into Disney Interactive to work upon games there too. I still would love to work in the games industry and make a small mark upon it. I have personal projects, but I’d love to get to know what it’s like working as a team. Seeing how your baby performs, much like you see in The Indie Game Movie.

Take Risks. Some Will Work, Some Won’t. But You Will Always Learn Something.

Now, on to more recent matters. Skip forward to the other month, a friend recommended me to play a game. On special offer in the PlayStation store for one week only, 7 Days to Die. I had time to make my mind up if it would make the list of games to try out. Reading through reviews and gameplay videos on YouTube, it was a marmite type game. The open world survival genre is always a captivating one. I bought it.
Before I begin this next segment, I’d like to put a disclaimer in. Being someone who has the finger on the pulse of the industry, I know how damaging it can be to see bad reviews of ‘your baby’. Having made a game myself, I know how invested people get. Hours upon hours spent to make the slightest of tweak to the end-user experience.

I felt an overwhelming sense of disappointment when I opened the game. For the first time in a long while, I felt gutted I had made a leap of faith on a title I knew little about. The PlayStation 2 graphics that glared back at me on the PlayStation 4 were a blow to the stomach. Still, I sucked it up and carried on with the game itself. Games aren’t all about graphics.
Later that night with countless deaths to my name, I was as bewildered as I was when I had booted the game up. The interface was horrid, the AI was glitching out and the strength of the enemies was ludicrous. How could they expect a noob (new player) like me to take down a zombie that takes over 100 hits with a baseball bat? Dropped in the middle of it all, I hated it. Unintuitive, old fashioned and difficult; even on the easiest settings.
The last straw was when I changed my strategy. Instead of running around exploring what the game had to offer, I set up a base. I took over a desolate house, secured the doors and started to make it a home. While looking for guidance on YouTube, low and behold a bear breaks in to my house and ravages me! 7 Days to Die is the worst game I ever laid my hands upon.

Go and Make a Name for Yourself

7 Days to Die feels like a single person’s personal project. But yet, it had TellTale Games name attached to it.
Put it this way: It would not surprise me if this was a graduates project and using the company was his only way of getting out to the public. Seriously, I thought the game was that bad. Granted, the game is in Alpha stage, but I had to think to myself while playing it, how on earth has this got on to the PlayStation 4 Store? And yet, I wanted to experience the game for what it was. The years of gaming prior had taught me not to judge a book by its cover. The crappy graphics, ridiculous crafting mechanics and stupid balancing was something I had to swallow with a pinch of salt.
I’ve since grown to understand the game, but I still stand by my opinion that it shouldn’t be available for sale in its current state. The sheer number of bugs in 7 Days to Die made me feel that way. TellTale need to scrap the project and start from scratch.
Having made a game myself, to an extent I know what it takes. The amount of hard work and personal attachment to such a project goes without saying. What I don’t understand though is how a rather big name in gaming can put theirs to this.
Such is my anger of this product, that I called out in frustration “I can make a better game like this!”. And I believe it to be true. This my friends, is how I start the projects I do.
Don’t let others tarnish your passions. Instead, go out there and make a name for yourself.
So watch this space.
See you around,
A