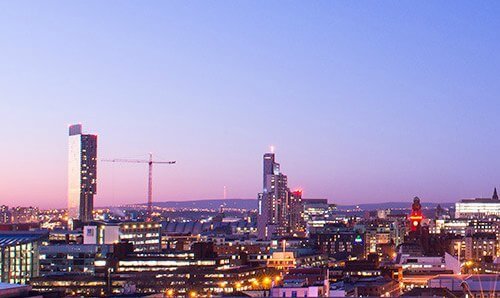 Paloma Faith, who would have thought?

That one lyric from Sigma resonates with me this week as it’s been one heck of a journey and I’m about to Carpe Diem all over your screen. Let me begin…

So all my life, since the age of 0, I’ve lived in a small town just north of North London (I like to tell internationals that I’m actually from London, but I can’t say that to the people who are actually from the UK – they would laugh at me!). It’s been a blast, really. From the leisure centre, to the pubs that scatter my hometown, I found there to be enough for me to get by for what is approximately a quarter of my life (if I live to 100, major fist pump’s will be had at that grand old age #JustSaying). There was enough to keep me grounded living with the parents after finishing school, sixth form and university. In all honesty, at times I was living the life and full well knew it.

There were plenty of occasions when I couldn’t stand the town I was living in though, like how the majority of my friends went away for university. I got used to it, became stronger as an individual and only had to rely upon a small number of people to keep my motivation going.

But recently, I’ve found that the time has come for me to hang up my hat.

The reason for the change is because I’ve become bored of the routine and not finding anything new + exciting these days. And from everyone I have spoken to about it, they totally understand and are super excited for me. There is no area in the country where you can live there for so long and not get tired of it! The past year or so, I’ve been looking forward to the day I can pack my bags and have new experiences.

So in early February, after many months of house hunting, I handed in my notice at an employer that actually treated me really well. It was the only way I was going to take that plunge. Just think about it, I could have waited a couple more months to get some premium Apple Training from my employer… And when that time comes rolling around, maybe I could stay a bit longer because then I can look at a house-share with those who return back from their final years at university…?

The point is, there is always going to be reasons why you won’t make a decision when it really needs to be made. The reasons for procrastinating can be the smallest of things and really, I find they hold you back. As for a personal example, I could have said no to Camp America. I could have earned 3x the amount of money I did out there, but now I know it would have meant I would have missed out on the best experience of my life. When it comes down to it, I always try and put my personal interests above anything else. I’ve learned it’s never worth doing it for the money… Now that’s a blog post waiting to happen.

Tell me more about Manchester

Why Manchester? Well to be honest with you anonymous folks, it was a toss up between Milton Keynes and Manchester. I visited Milton Keynes in December after it has had such a great reputation of being the upcoming, younger brother of London. In the few hours I spent there, I fell in love with the place and the people. There is so much to do in a city that feels as though it belongs in America (it’s very flat, like Florida).

The thing was, Manchester really came out of nowhere. It dawned upon me when daydreaming about other places to check out. The thing that really twisted my arm? The quality of connections I have up there. The majority of the best friends I have made live up north and that was all it took. The idea of being able to live with and intermingle different friendship groups was exciting. That was all it took to get the ball rolling.

A pretty risky move for sure. No guaranteed job and not being fully in the know of what to expect. Heck, I’d been there over a weekend in 2015 but didn’t have an eye out as a potential place to live!

But you know what, so what if I fail? While I doubt it’ll happen, it isn’t impossible. I’m young and ambitious. If I were to make a huge cock-up, I’d prefer it now so I learn from it instead of a midlife crisis with dependants.

So as I take the biggest risk of my life, not knowing what the f**k to expect, I’m excited. I’m going to be living with new housemates and will be living a stones throw away from incredible friends. Stories will be made, relationships will blossom

Till the next time,